Accused of a Crime? We can Help Traffic Ticket Defense From $49
Court Costs if any Additional
Contact Us Now For a Free Consultation
Home
Resources
Top 10 Traffic Violations Questions

The Top Ten Questions I get asked about Traffic Tickets: 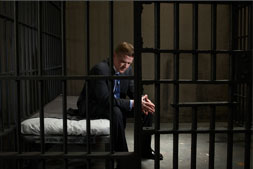 1. Question: When a police officer pulls me over for speeding, doesn't he have to show me the radar gun?

Answer: No. A law enforcement officer does not have to show you your speed on his radar when he stops you for speeding, and he can and likely will write you a traffic citation for speeding. That being said, certain documentation will be required in Court by the officer to prove up your case for speeding. In the event this documentation is not provided, your case will likely be dismissed.

2. Question: When a police officer gives me a ticket and asks me to sign it, do I have to sign it, and if I do, is this an admission of guilt?

3. Question: I was going with the flow of traffic and the police officer only decided to pull me over for speeding. Can he or she do this?

Answer: Yes. A law enforcement officer can pull you over for speeding, even if you are going with the flow of traffic.

4. Question: I wasn't going as fast as the officer said I was on the ticket, does this mean that the Court has to find me not guilty of this offense?

Answer: The County Court Judge or Traffic Hearing Officer will listen to both parties testify and will make the decision regarding innocence or guilt. Since I have been practicing traffic and criminal law since 1997, I can only tell you that based on experience, if you represent yourself individually with this defense, it is not too common that the Court is going to find you not guilty.

5. Question: I just paid off all of my traffic tickets, and I just got a letter from Tallahassee saying that my driver's license is going to be suspended for five (5) years. Is this possible?

Answer: Unfortunately, the answer is yes. I can't begin to tell you how often this has happened to clients of mine. If you pay tickets for driving with a suspended license without knowledge, these payments count as convictions on your record, and three of these convictions within five (5) years, will cause you to become a habitual traffic offender. You will the lose your license for five (5) years after you have worked so hard to get your license back. The moral of the story is, DO NOT PAY ANY TRAFFIC TICKET UNTIL YOU FIRST CONSULT WITH AN ATTORNEY.

6. Question: How many points am I allowed to get on my driving record within a year until my license gets suspended?

Answer: Twelve (12) points within twelve (12) months will cause your license to get suspended for thirty (30) days. Again, call my office before paying any traffic citation.

7. Question: What is the difference between careless driving and reckless driving?

8. Question: I got charged for running a red light, but I know the light was not red, at the very least, it was yellow or maybe even green. If I tell this to the Court, aren't they going to find me not guilty?

Answer: The charge against you has to be proven beyond a reasonable doubt, the same standard of proof that is used in criminal cases. That being said, I can only tell you that since doing this since 1997, when the situation is your word against the officer's word, this tends to be a difficult defense. You can feel free to contact my office for further clarification.

9. Question: I was in an accident and got charged with running a stop sign. However, if the person who hit me wasn't speeding and going so fast, there would not have been an accident. Shouldn't the person speeding have gotten the ticket and not me?

Answer: Generally speaking, the alleged stop sign violator is going to be cited. The other person, if he or she was speeding, is a fact that could be used in your defense as at least a mitigating factor. Again, just because you were cited doesn't necessarily mean that you are going to be found guilty at a trial. There are many defenses in traffic accident cases, and you can feel free to contact my office for further information.

Answer: Yes you can. The person making the left turn has the duty to yield the right of way. Again, being cited doesn't mean your guilty, it simply means that you have been charged with an infraction and you have every right to fight this citation in a Court of Law.

Should you or somebody you know be charged with a traffic infraction, either civil or criminal, please feel free to contact my office, THE LAW OFFICES OF RUSSELL D. BERNSTEIN, P.A., THE LEGAL HELPLINE-A PRIVATE LAW FIRM, for a consultation. My law office will do everything in its power to assist you.

Contact Us
Practice Areas
Client Reviews
★★★★★
I had an accident on 3/29 and explained all the details to Attorney Russell D Bernstein and he was able to get me a very favorable outcome in court so I would definitely recommend him! Great Attorney! Gabriel
View More
Submit a Law Firm Client Review